Ray Troll is Curious by Design 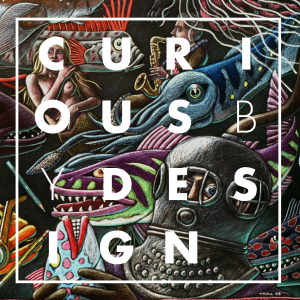 Ray Troll is an artist based in beautiful, rainy, Ketchikan, Alaska. I’ve been a fan of Ray’s work since I was a kid (to both of our chagrin, this was almost 30 years ago).

I’m honored that he agreed to be one of the first creatives to be interviewed for Curious by Design. We discussed topics from evolution, to ratfish (his spirit animal), to a dark part of his past that even those amongst his 4,999 true fans doesn’t know about. 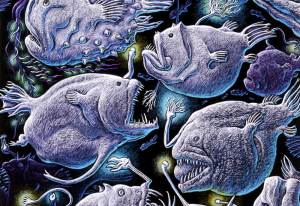 From Ray’s biography on Trollart: In 2007, Ray was awarded a gold medal for distinction in the natural history arts by the Academy of Natural Sciences in Philadelphia, and in 2006 received the Alaska Governor’s award for the arts. In 2011, Ray and Kirk Johnson were jointly awarded a John Simon Guggenheim Memorial Foundation Fellowship to support their ambitious book project, “The  Eternal Coastline: the Best of the Fossil West from Baja to Barrow.”

The curious and mysterious Helicoprion, or “buzzsaw” shark 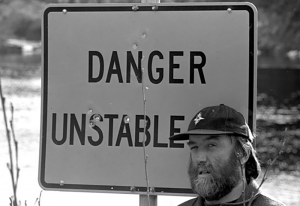 Ray in his natural element. photo by Hall Anderson

Ray gives us his perspective on how curiosity can drive creativity:

Finding the right partner in life can make the difference between a successful business and a failed marriage; Ray talks about his 30 year marriage to his life and business partner Michelle:

You can find more of Ray’s work on his website, Trollart.com (aka the Fin Art of Ray Troll).

Zach Augustine is Curious by Design 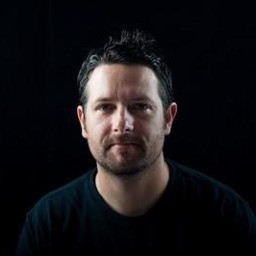